Frog Show wants to elevate the singing frogs to an audiovisual experience.

This audio reactive light installation was developed during Dinacon 2, the Digital Naturalism Conference held in 2019 in Gamboa, Panama.
Since our arrival to Gamboa every evening we were amazed by their singing. It didn’t sound like the frogs we knew. This was more of an electronic synth-like music performance. We saw opportunity to join the frogs and develop some visuals to add to the show.

With the goal of low impact on the environment and not disturb the frog’s activity we came up with this solar-powered red LED installation. The solar power makes the system self-sufficient and the red light is known to be less perceived by frogs.

The installation relies on the following hardware: microphone, arduino board, battery pack, solar panel and LED strip. The light effects are audio reactive and controlled through code on the arduino board. Every single frog sound triggers the LED strip depending on it’s volume.

The result is an installation that charges during daytime and activates at night with the frogs’s concert. You can read the intense activity of the animals through the light show. 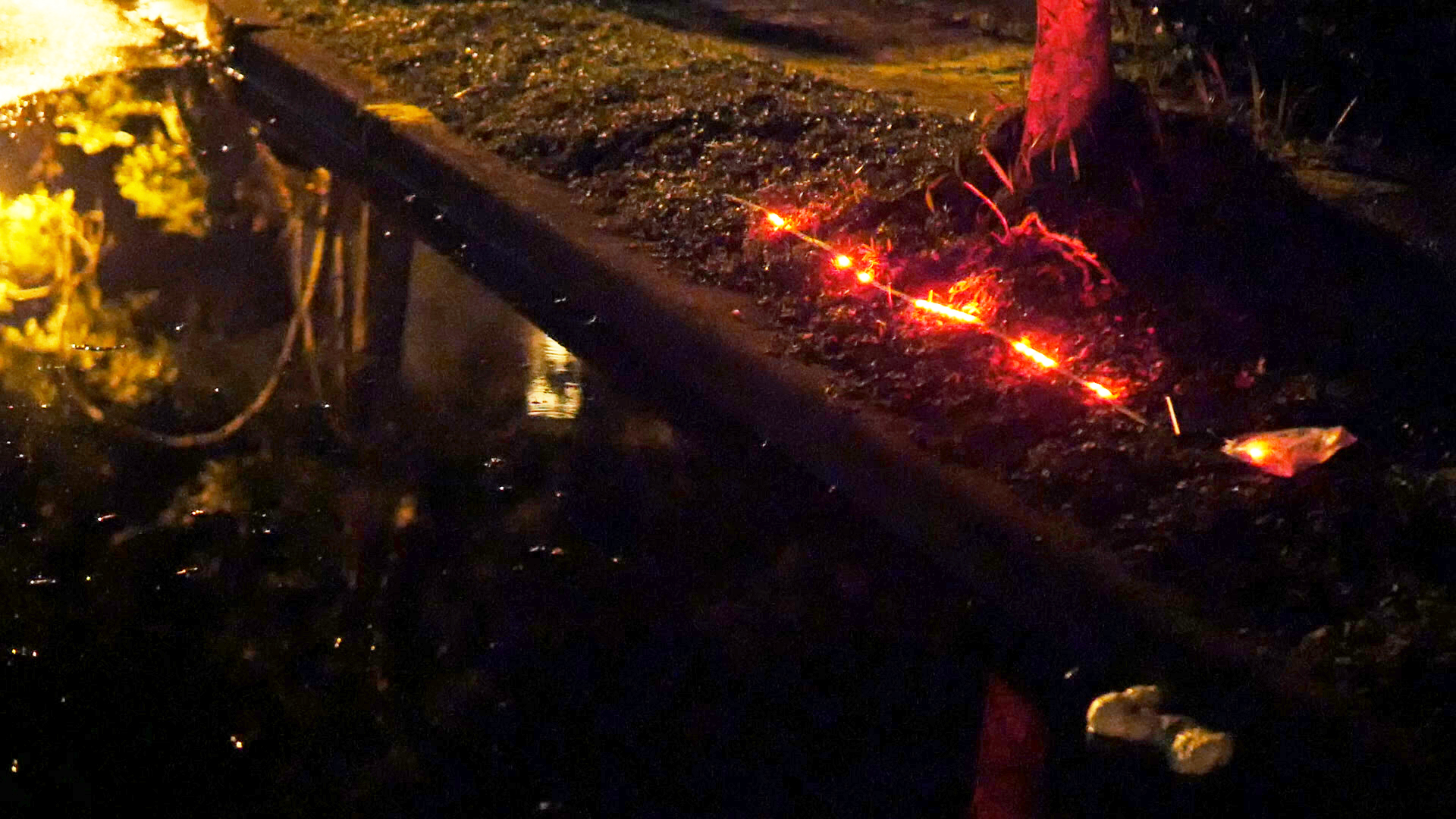 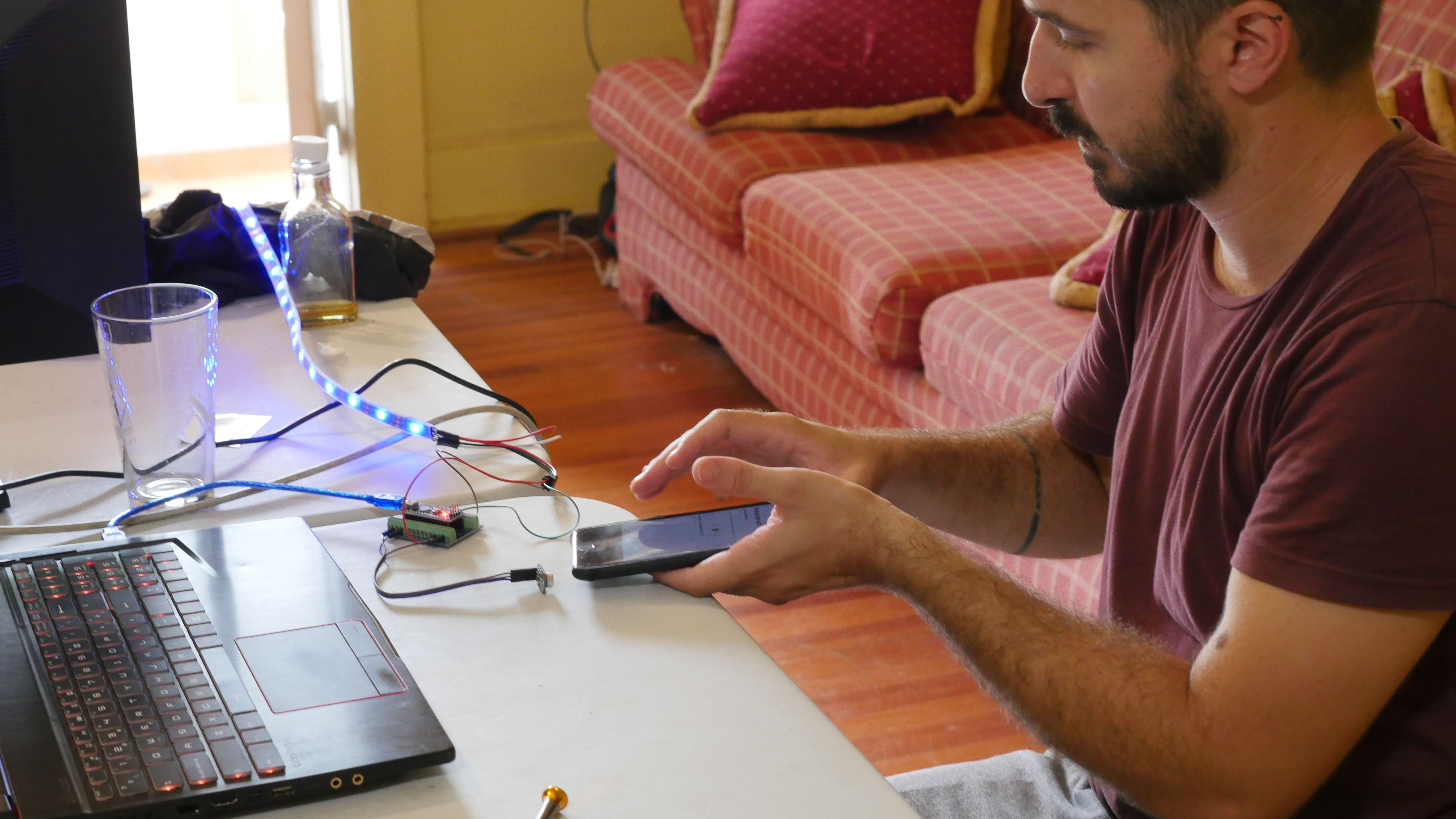 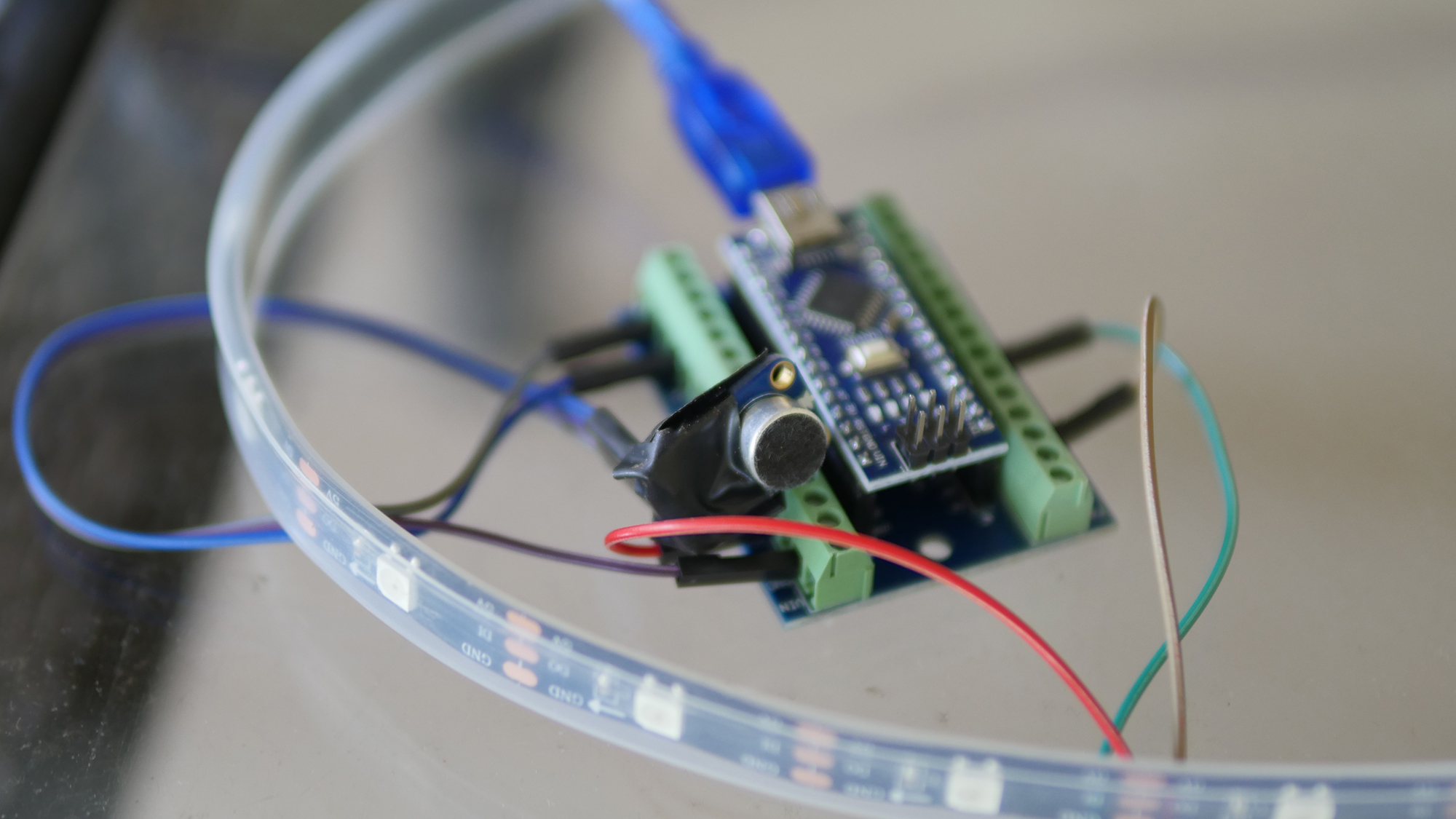 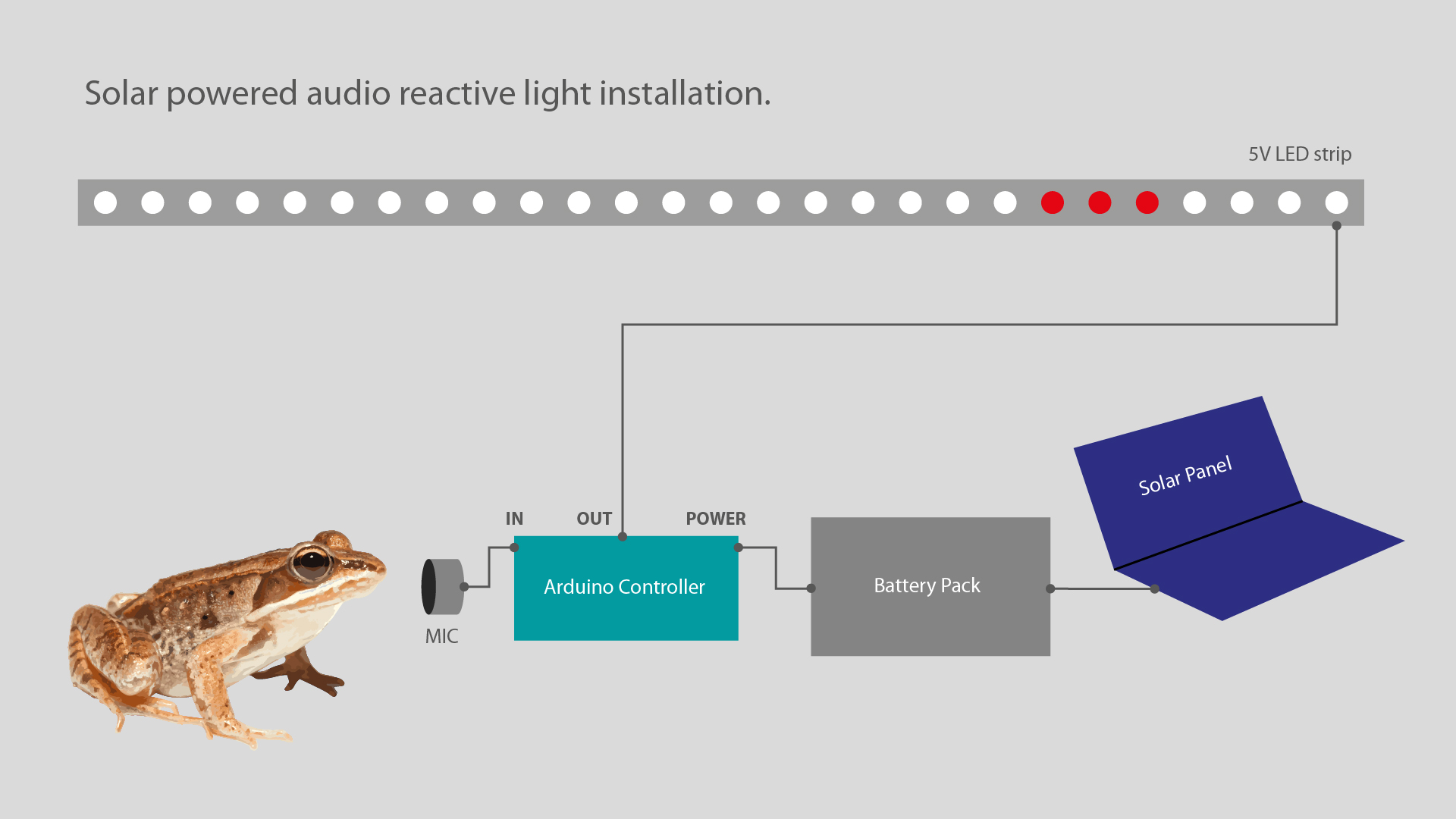